I’ve always liked November’s skill at blowing the warm months away with icy jabs, but I didn’t know it was special for any 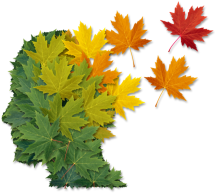 reason other than Veteran’s Day, our granddaughter’s birthday and Thanksgiving. A surprise delivery of flowers from “The Soul Sisters” a couple days ago changed that. The card was inscribed “Happy National Caregivers’ Month, for the woman who defines caring.”

I assumed sisters meant Carolynn and Leslie, so right away, I took a selfie and sent them a thank you. Les replied she wished she could take credit, but she could not. Later, Carolynn wrote, “They’re from Robin and me, Mom, we’re soul sisters. Leslie and I are are blood sisters.”  She said she’d never heard of National Family Caregivers Month either, but Robin had.

Leave it to Robin. Carolynn’s best friend is probably the caring-est person I’ve ever known. She’s a go-getter caregiver, a whirlwind, a hurricane.

Robin and Carolynn with their autumn paintings 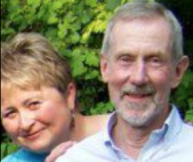 Blood sisters Leslie and Carolynn with me sandwiched.

Peter answered the door when the flowers were delivered. I figured someone was selling something so I was shocked to see a pleasant young man holding a bright arrangement of autumn flowers. “Are you Judith?” he asked.

“These are for you. Have a wonderful caregiver’s month.” I managed to thank him before he bounded off.

Peter’s chin was glued to my shoulder when I opened the card. “Who are they from?” he asked. When I said “Carolynn and Leslie” he wondered why they’d sent flowers? “Is it Clarke with an ‘e’?” he asked. “Maybe there’s another Judith Clarke on this street. Are you sure they’re for you?” he pestered.

I didn’t want to get into an explanation about caregivers, which he wouldn’t understand anyway, so I said, “Even if they’re not for me, I’m gonna’ keep ’em.” 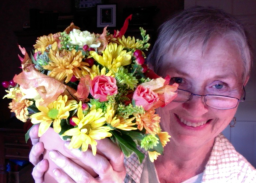 6 thoughts on “‘In November, people are good to each other…’”

Pete and Pippa meet at last.