The home care manager with our health insurance company —  I’ll call her “K” — phones each month and asks for Peter. Since my husband will neither answer nor talk on the phone, I take her questions. Or if I’m busy, I’ll say the timing isn’t convenient. I hope she doesn’t get upset when I put her off. She sounds very sweet, and she is just doing her job.

Yesterday was different. When she called, I simply handed the phone to him. He glared at me. “Hello?” He was wary. “Oh, so far, so good,” he said, his stock answer these days when anyone asks how he is. When he answered “Six each morning,”  I knew she’d asked about his medications. “What do I take every day?” he stage-whispered to me. I was up to my elbows in sudsy water cleaning cupboards, so I yanked a drawer open and showed him the prescription bottles so he could read them off.

Next she asked about his exercise. “Yes, the dog still walks me every day, twice a day. Yes, nursing homes every week…no, oh no, not for me! Nobby visits the people who live there. No, they don’t want to see me,” he laughed.

She already knew all the particulars from talking to me, but I was glad I’d made him take the call because it forced him to talk. I constantly try to engage him, to draw him out. It’s exhausting.

“K” had a few more things up her sleeve. “Hm, let me ask the wife,” he said. I glared at him. He knows — he hasn’t forgotten this — that I HATE being called “the wife.”  “Do I have any doctor appointments?” he mouthed as if it was a secret. I told him the dates. 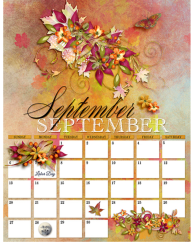 Then came the routine cognitive impairment questions: day of week, month, year? Peter thought she asked because she didn’t know, so he walked over to the dry erase board I update every morning. “No you don’t,” I yelped, quickly wiping the board clean with my finger. “She wants to know if you know!” He tried to get around the corner to the calendar, but I blocked that too. “You sneaky devil,” I said. Of course I laughed.

He chuckled and told her, “My wife [he didn’t say the wife this time] won’t let me look at the calendar, but I know it’s August…um, tenth? Year? I know it’s two-thousand-something…thirteen? Oh-h, twenty-fifteen! Already?”

I’m sure the conversation left her laughing. It did me.

2 thoughts on “Answer the phone already!”